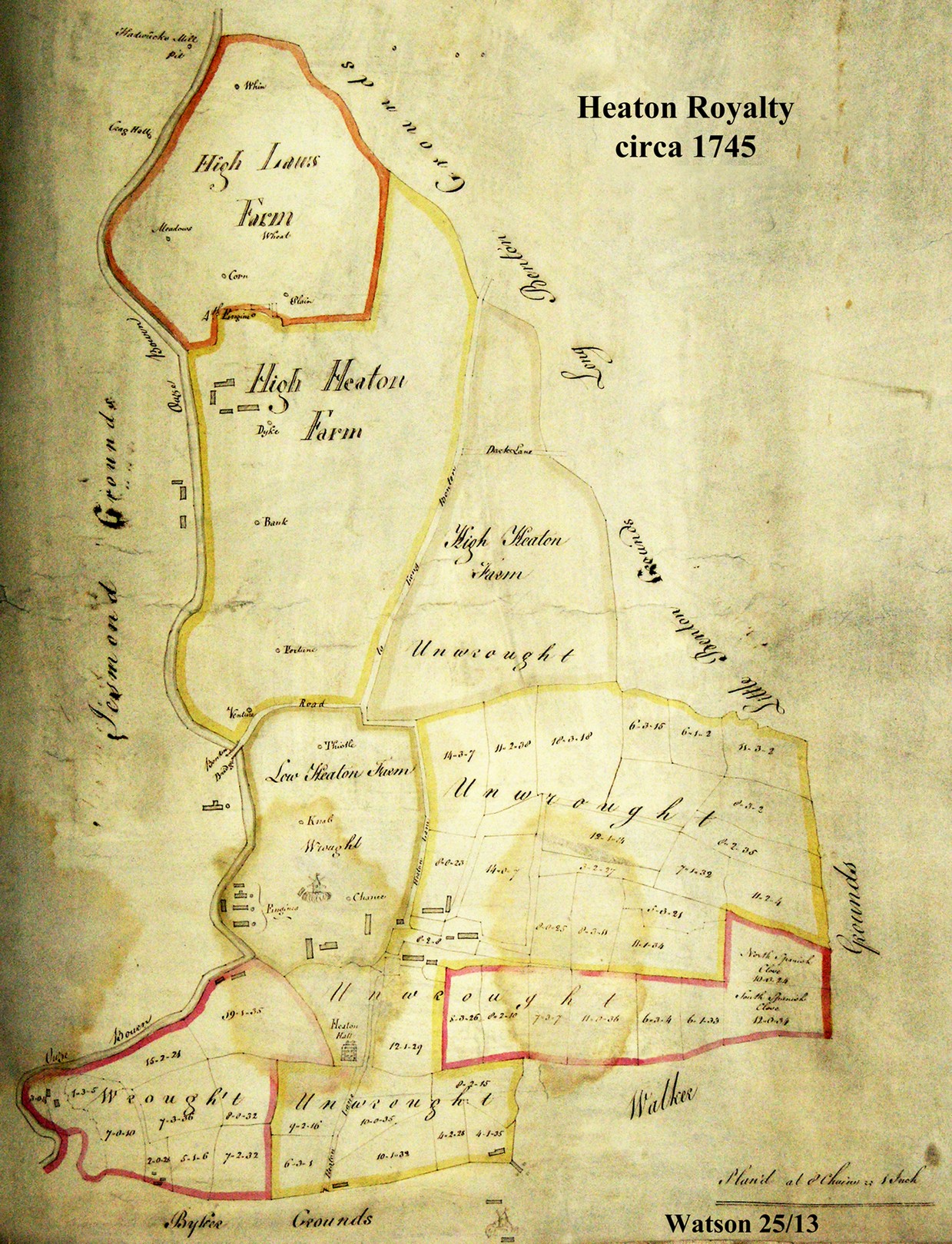 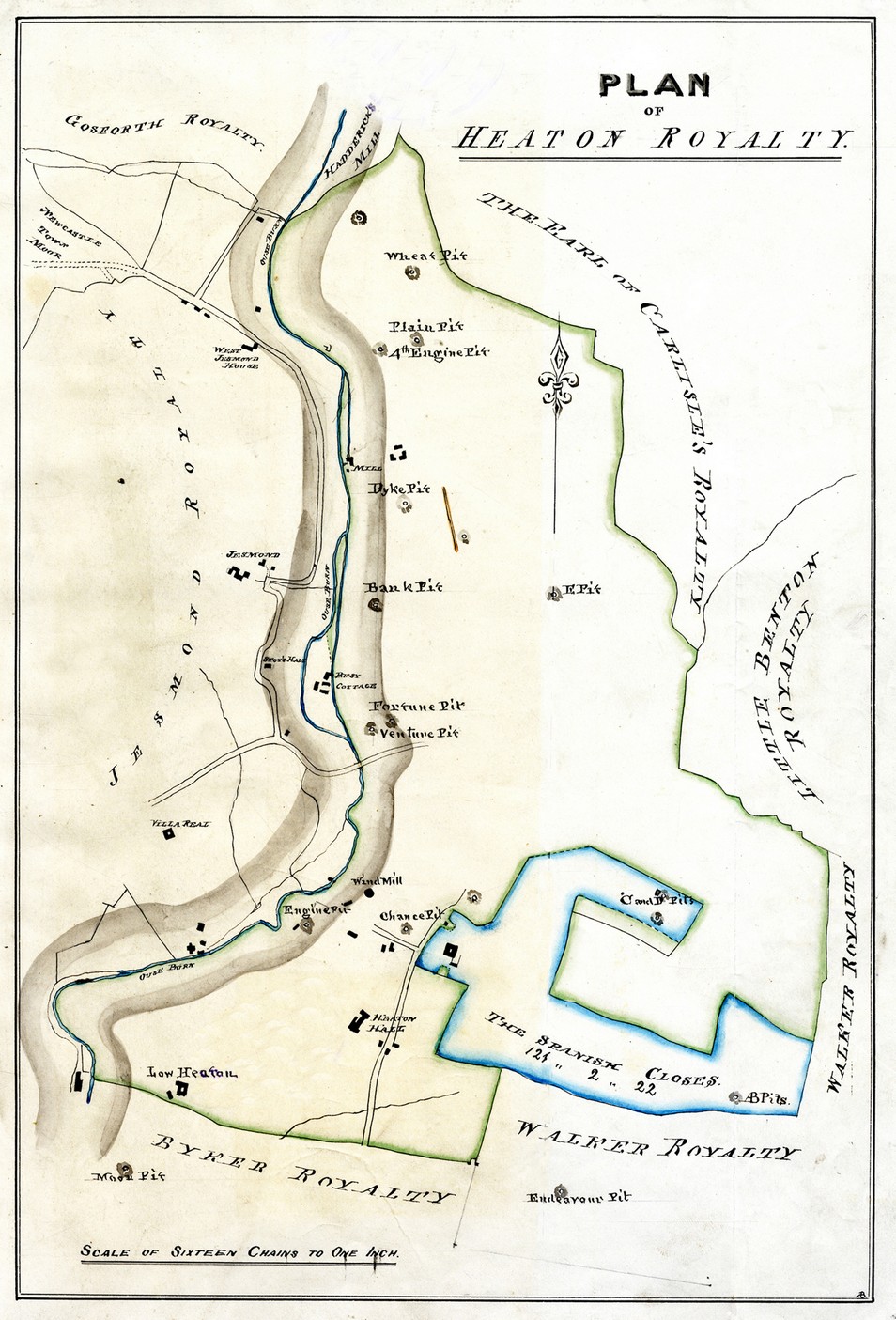 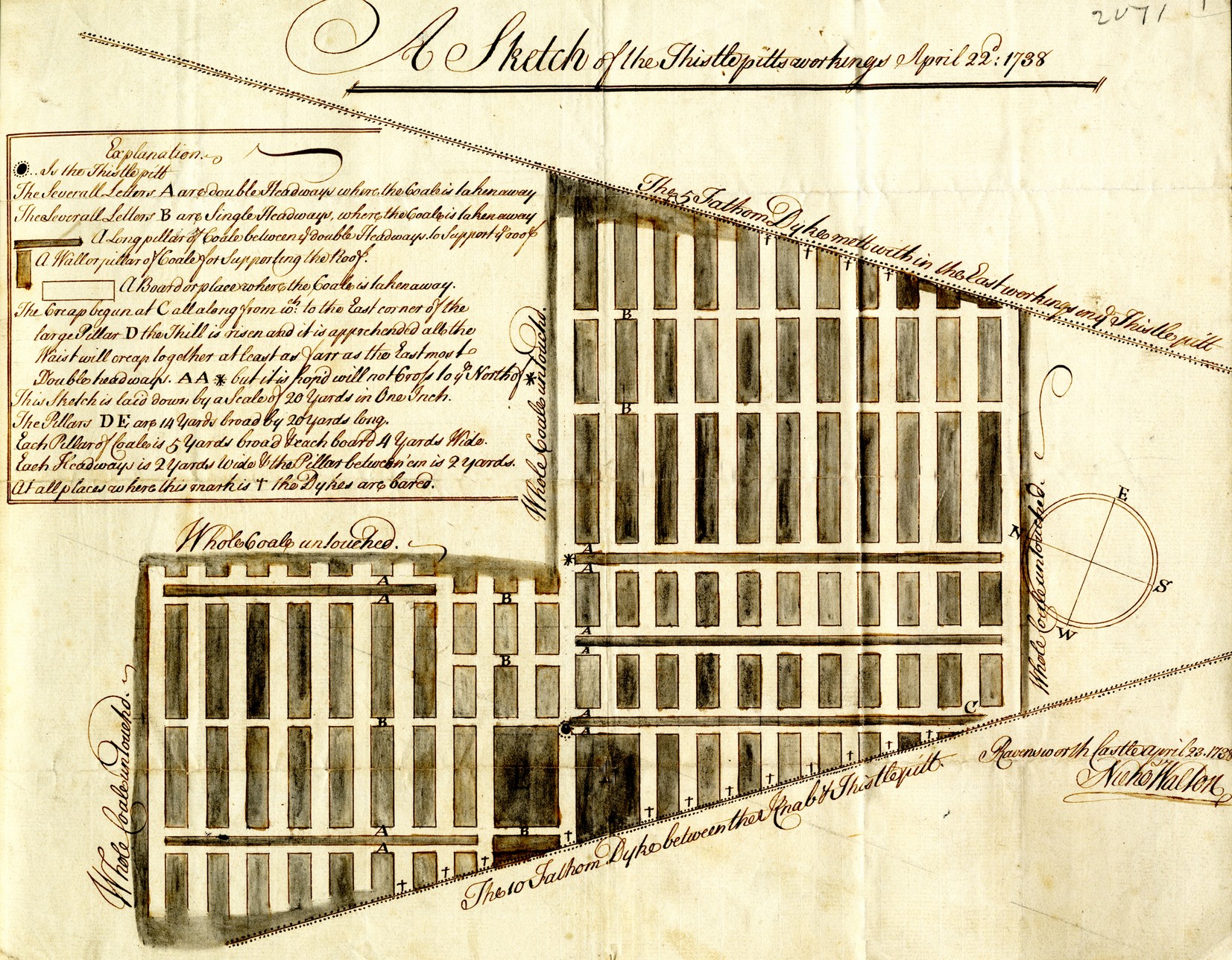 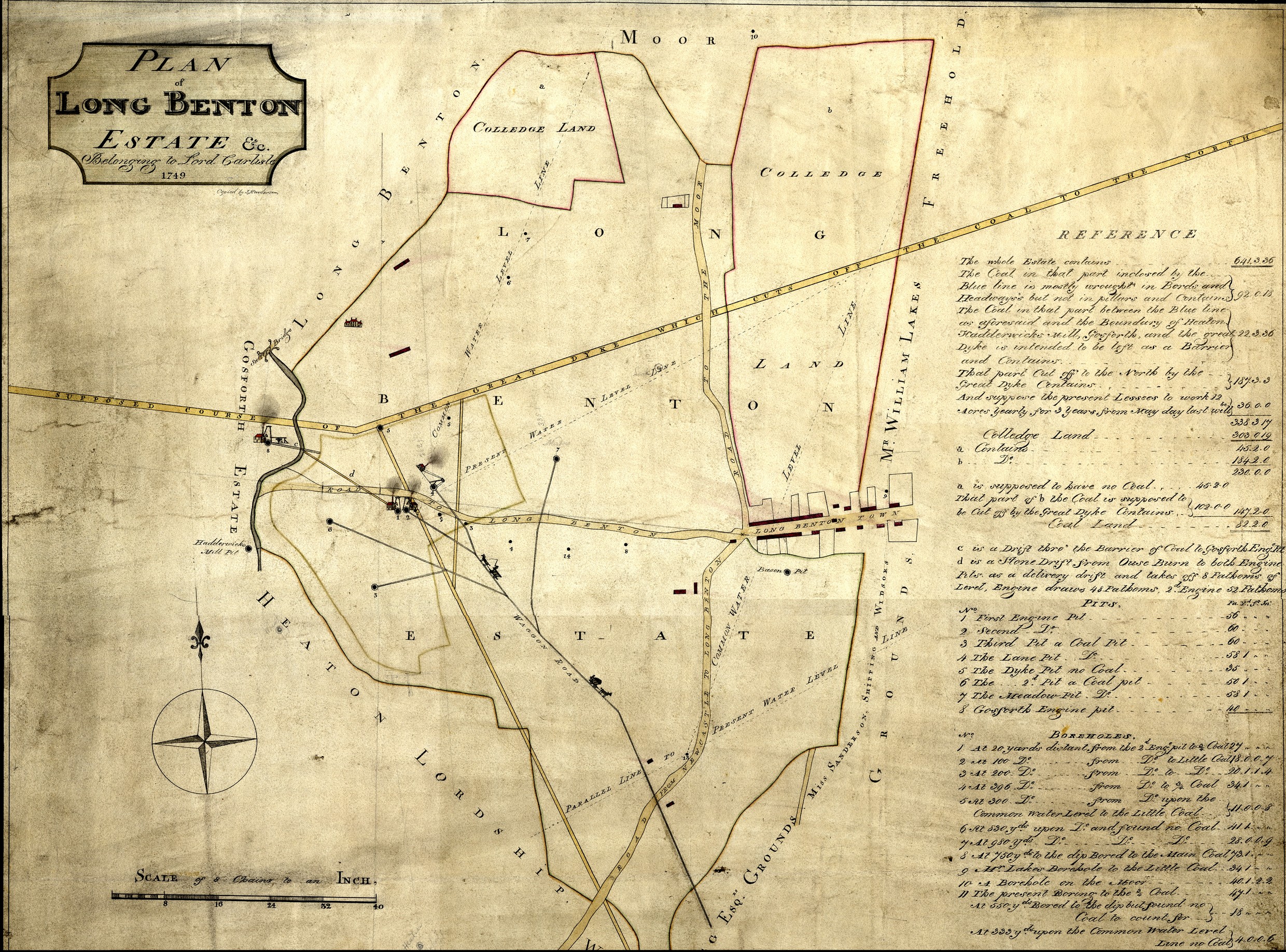 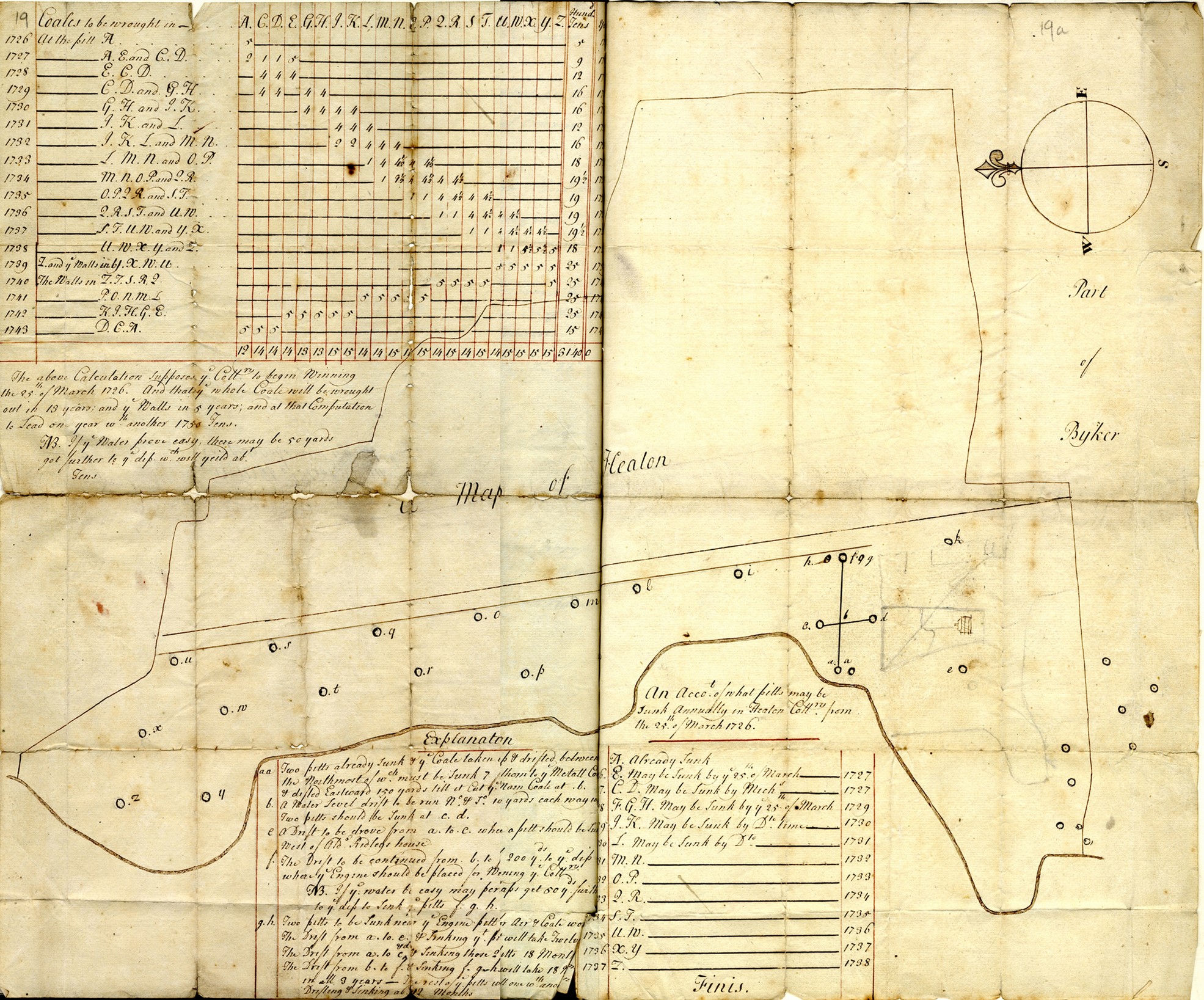 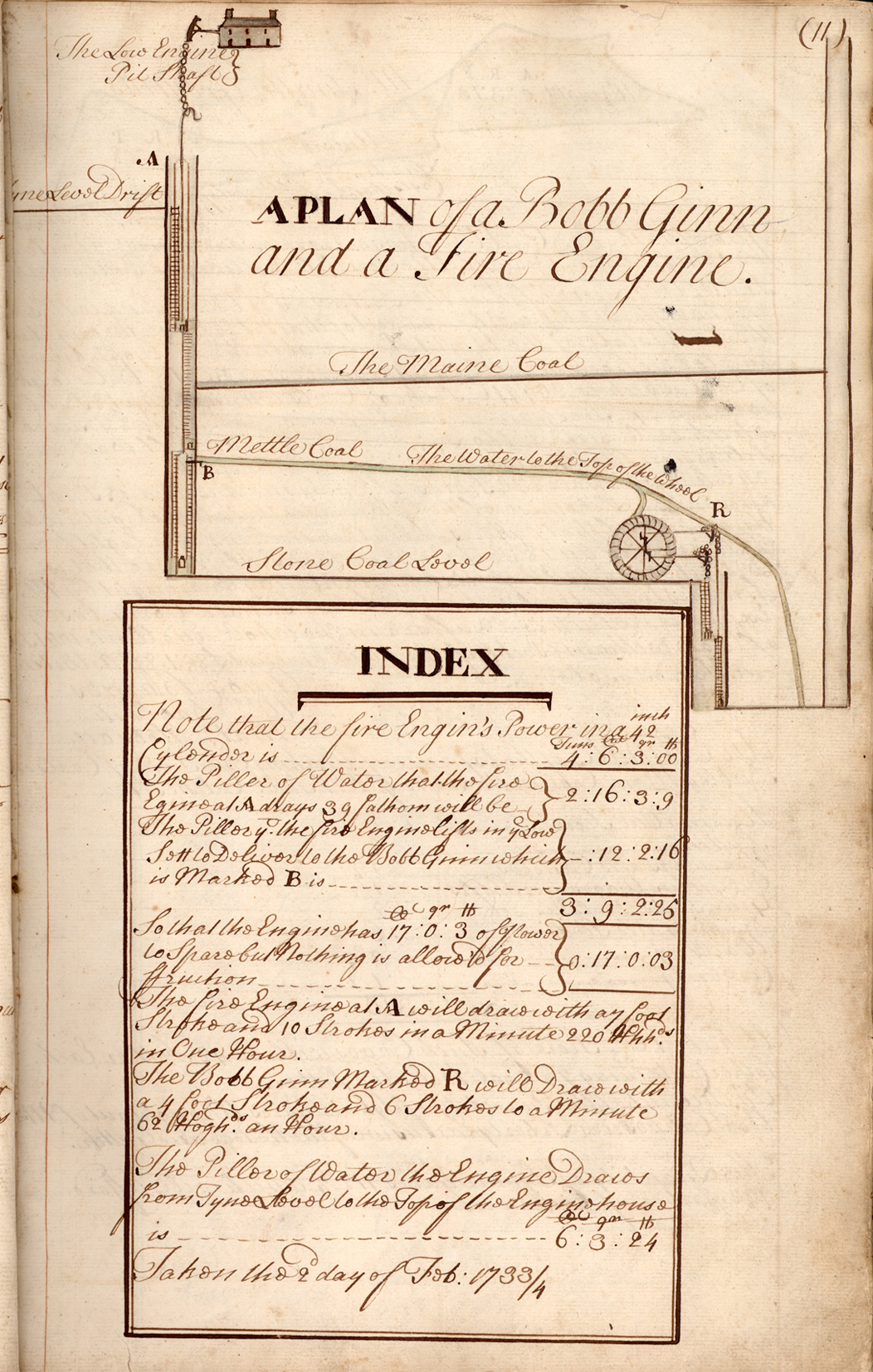 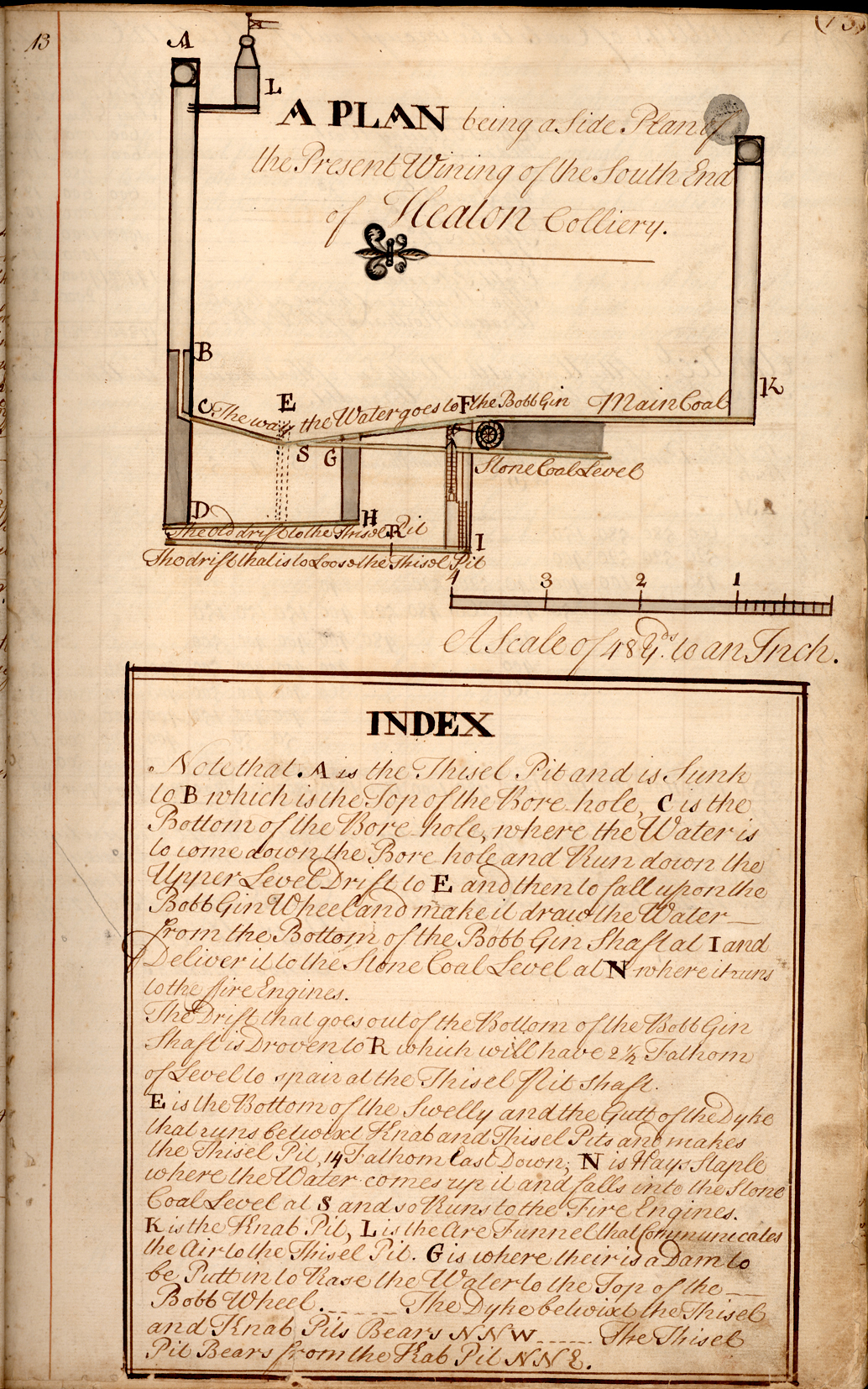 (8) Nicholas Walton’s evidence in the court case concerning the proper working of Heaton Banks Colliery. He explains his management of the colliery, the problems with water and the impossibility of winning the coal in the eastern part of the royalty in 1745 (Watson 3/43). 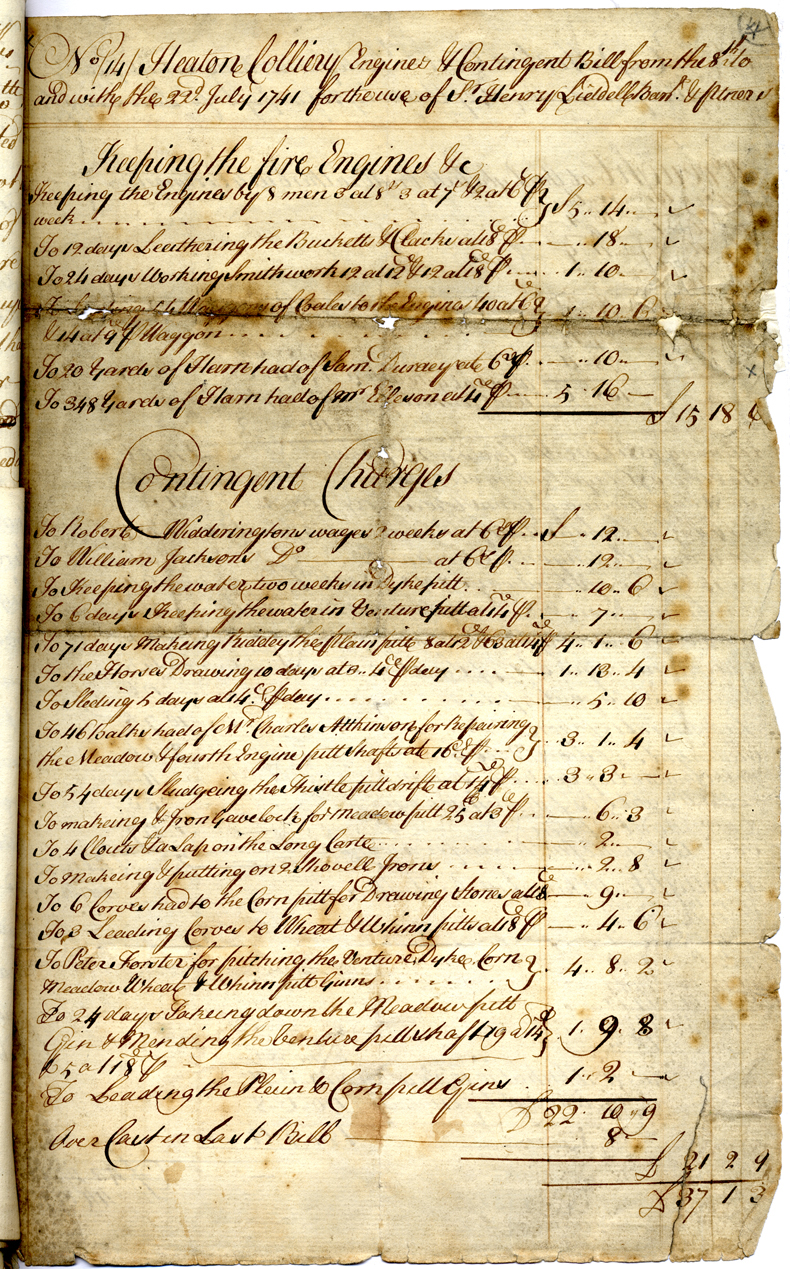 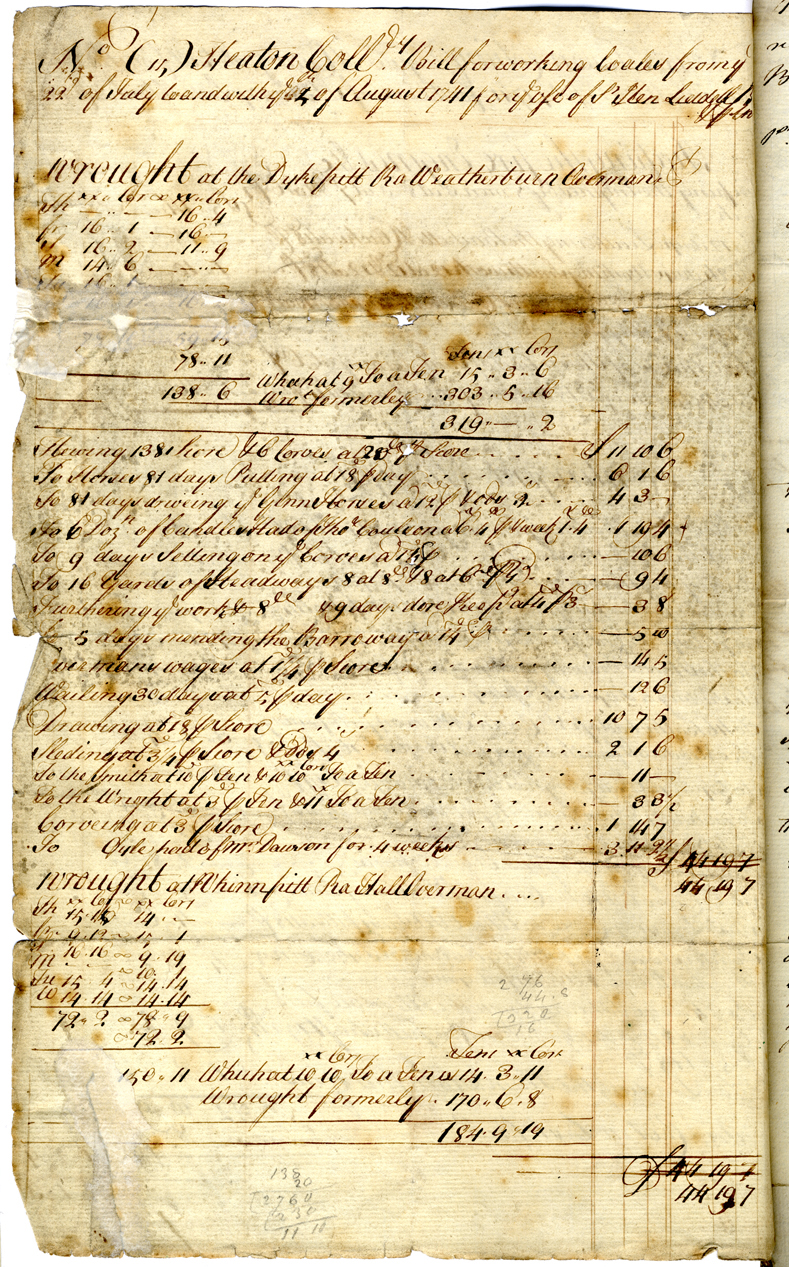 (9) Pay Bills for 1741 (Watson 3/43/4) provide an abundance of information about how the colliery was worked and repay the effort needed to interpret them. 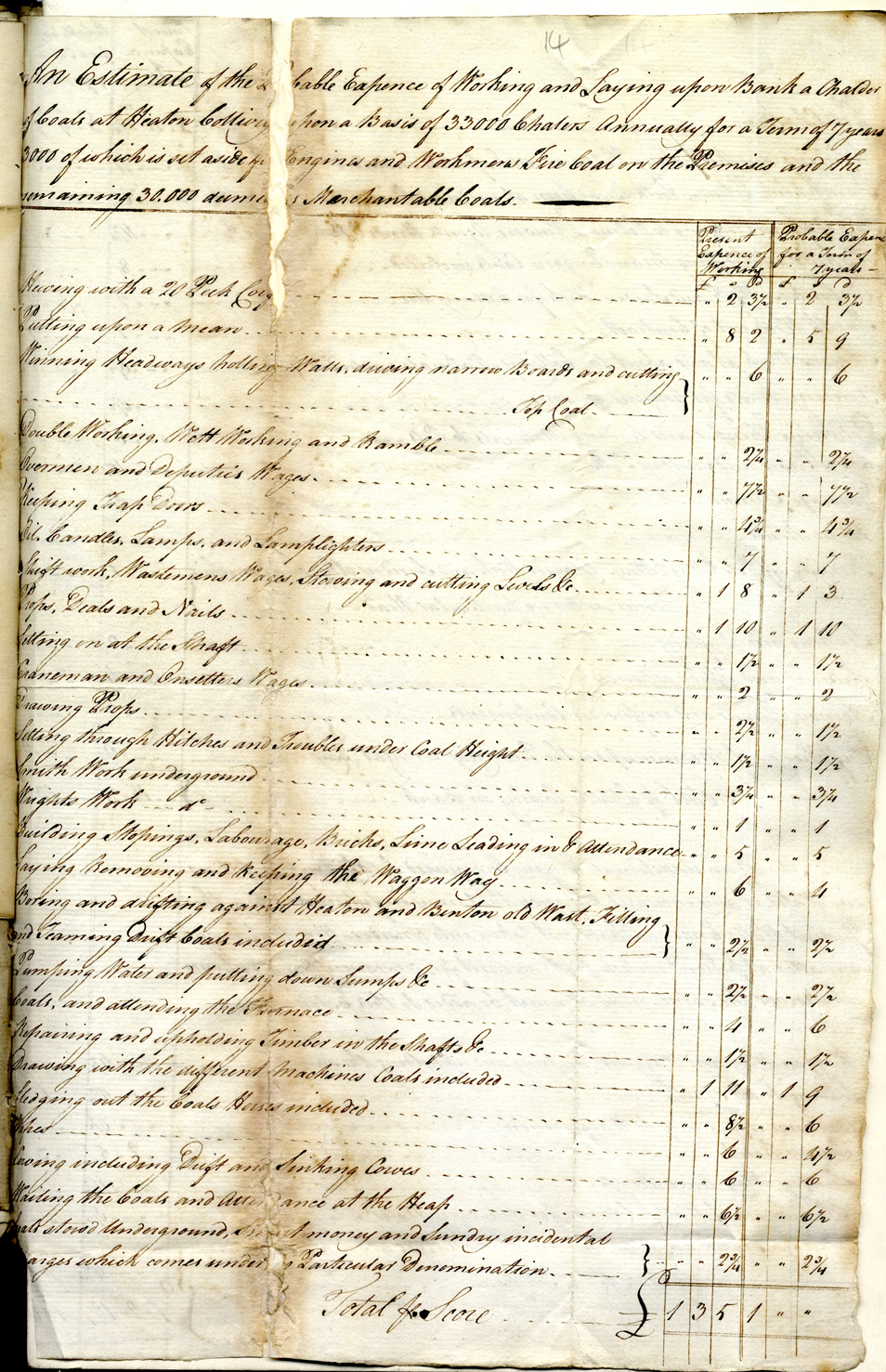 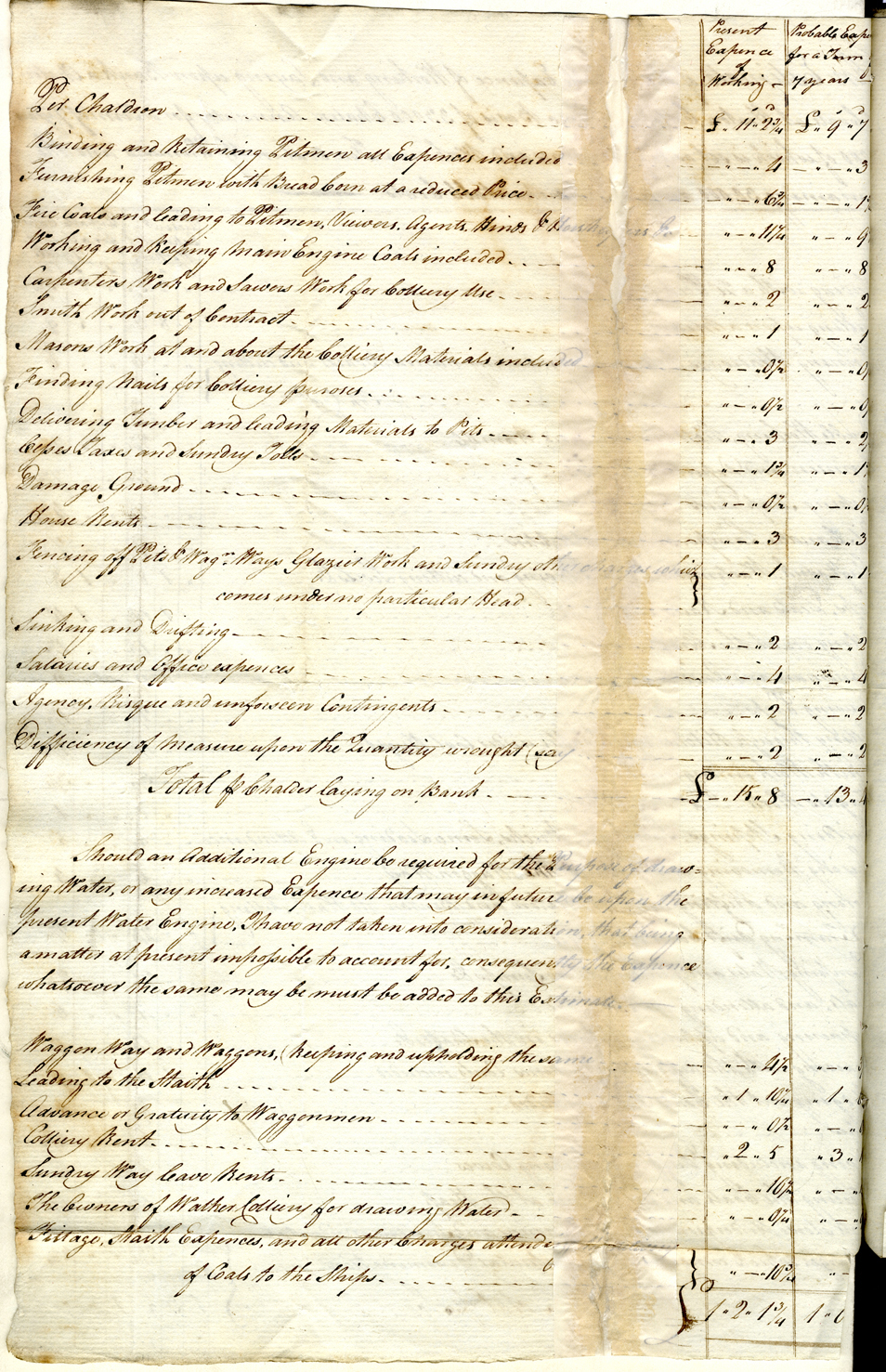 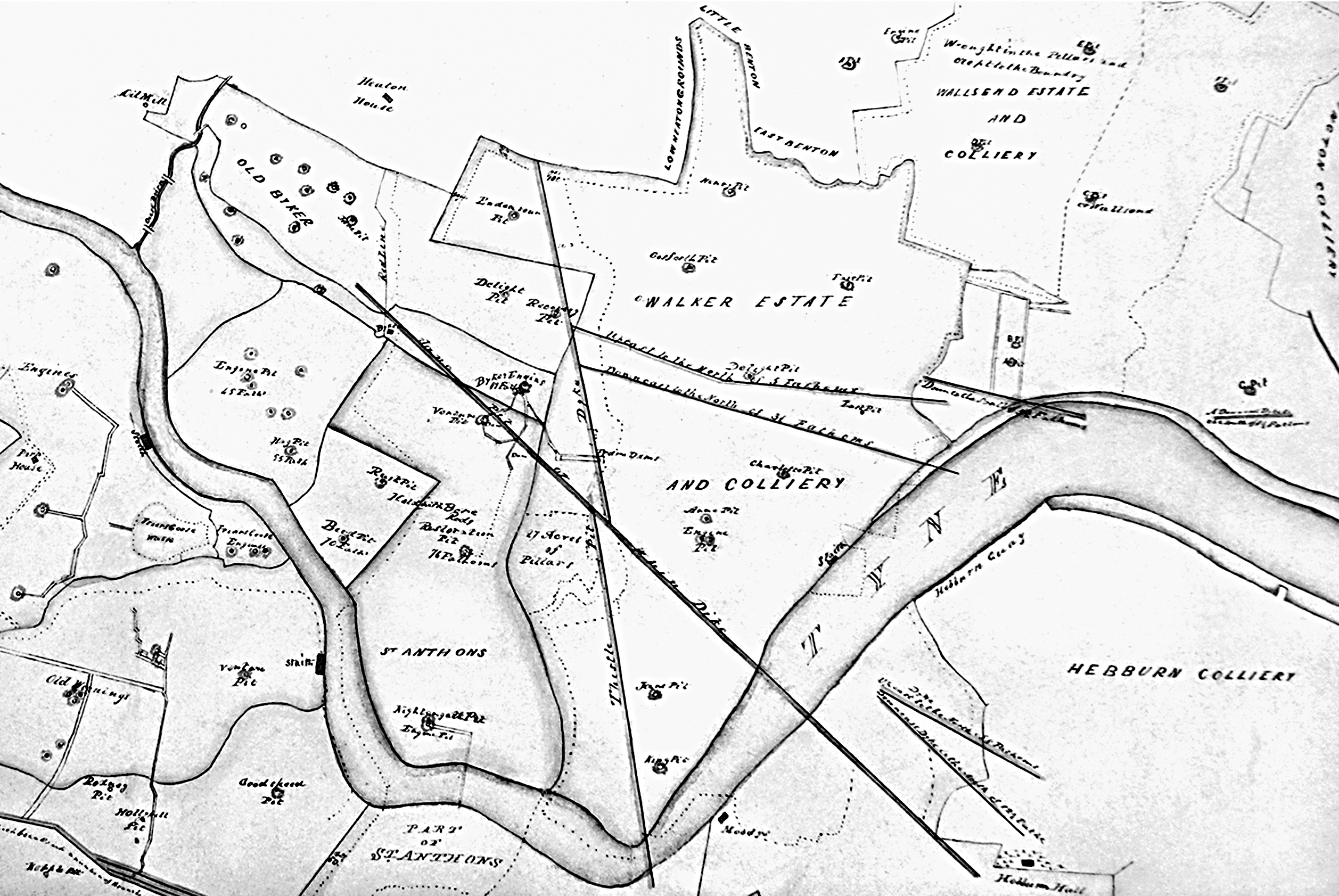 (11) Plan of Walker Colliery circa 1800 showing the position of Heaton in relation to the River Tyne and how Ridley’s lands and the Corporation of Newcastle’s Walker Estate blocked access to the river. It also shows the old pits of Byker Colliery along Shield Road which were to be used in the rescue attempts in 1815 (Bell 20/59).

(12) Tracts: William Thomas’ report to John Swinburne concerning the mining communities of Tyneside at the end of the eighteenth century (Tracts 29 p. 234 – 263).