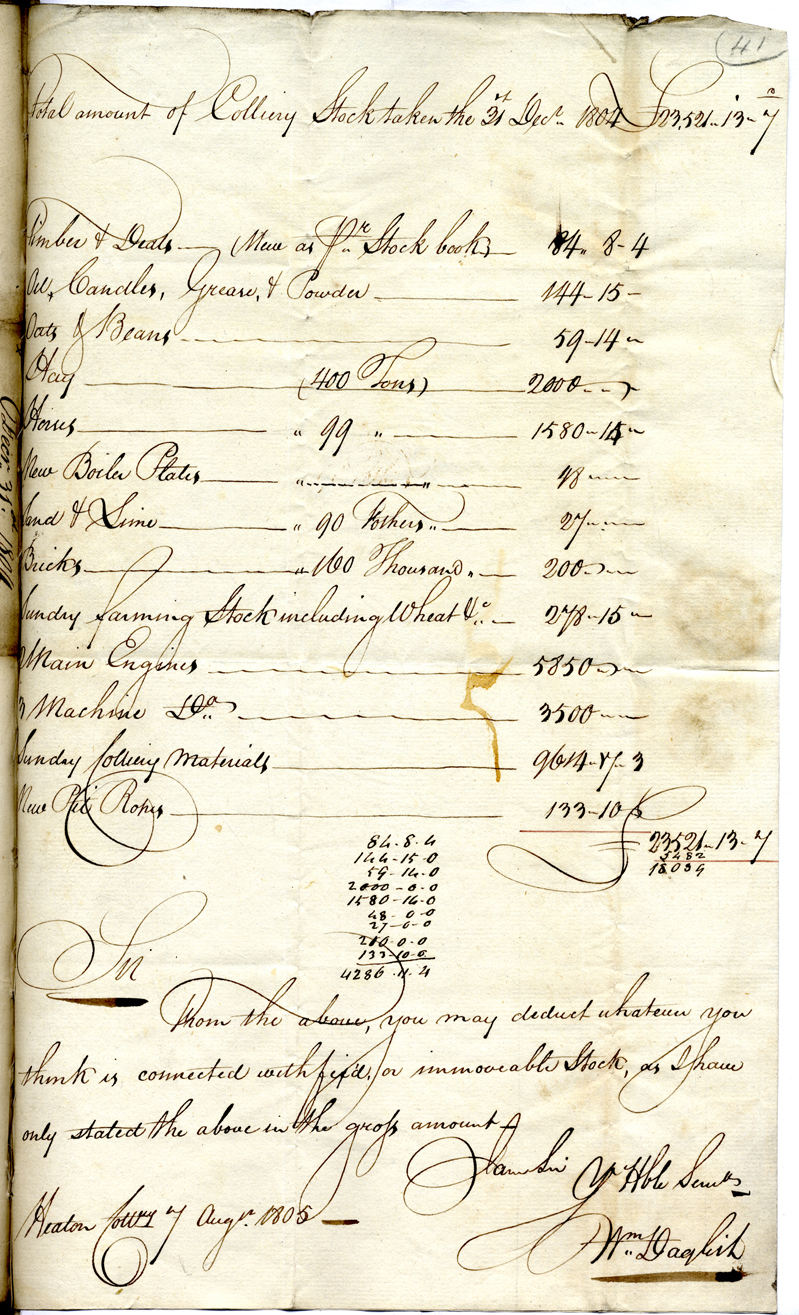 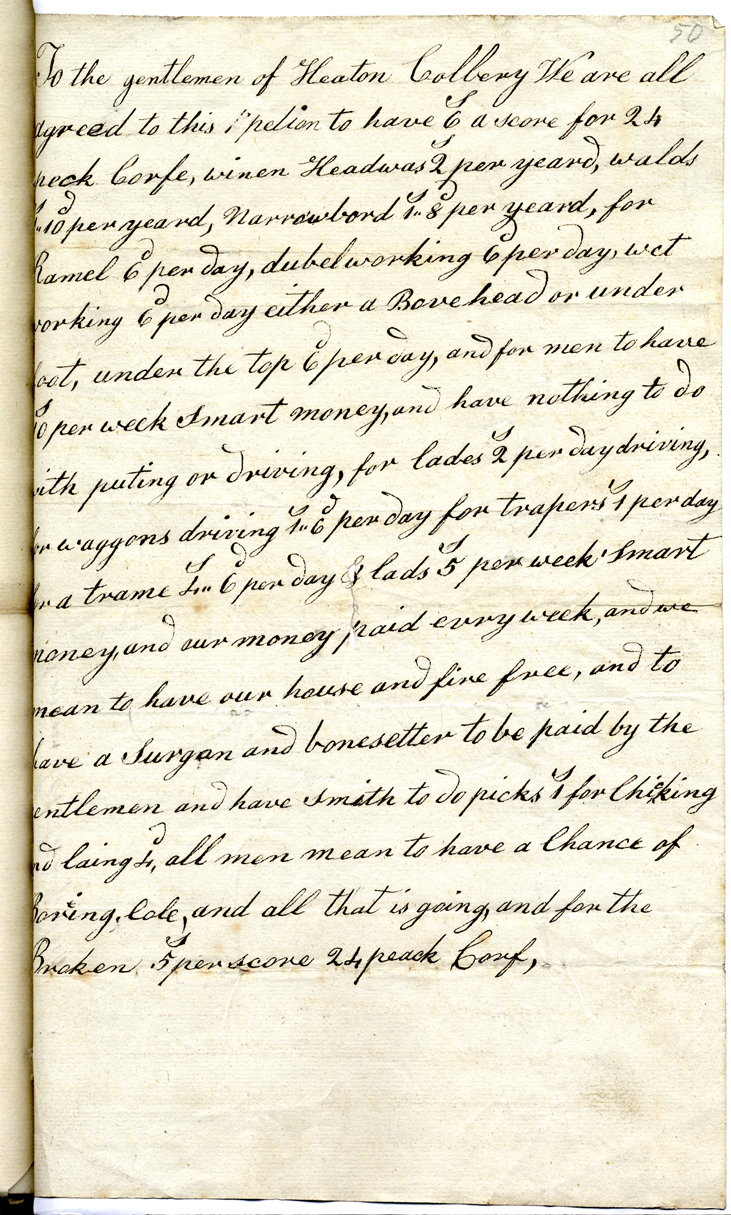 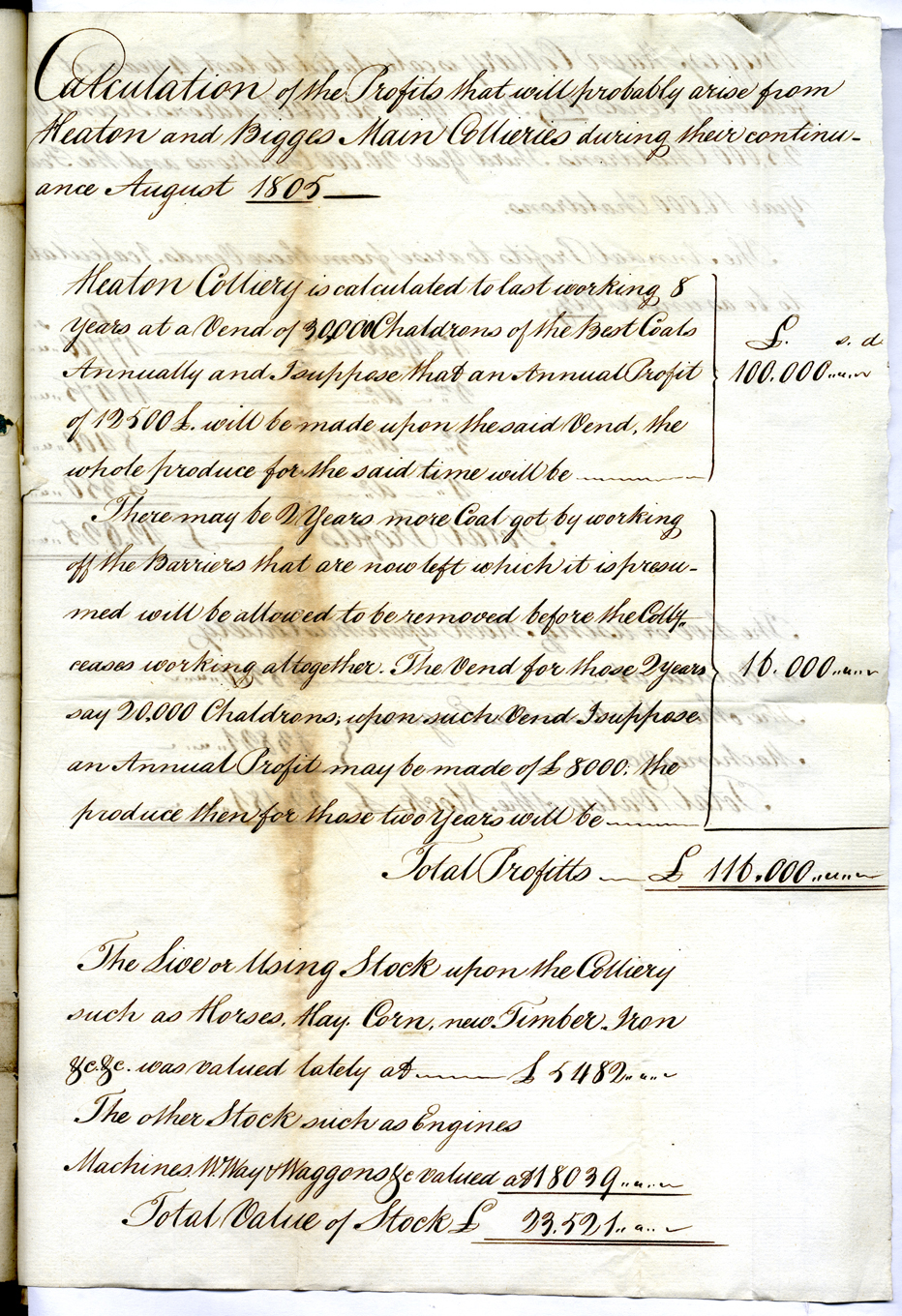 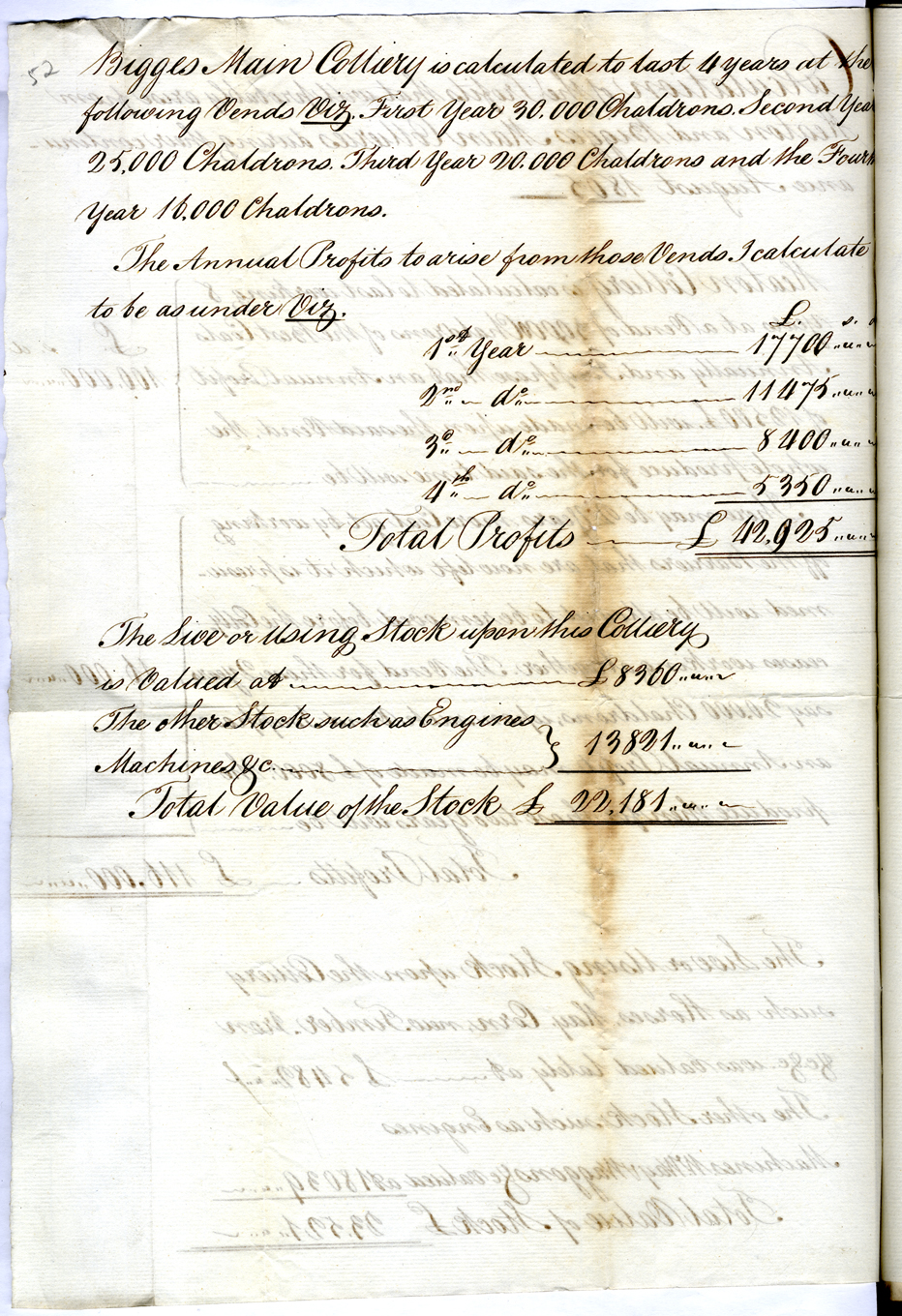 (4) Hewers Bound and unbound in 1806 (Watson 3/43/56 and 57). There was considerable industrial unrest in the coalfield during 1805 and the difficulty in securing labour resulted in the rise of the binding money to several guineas. This unrest is the background to the generation of these lists. 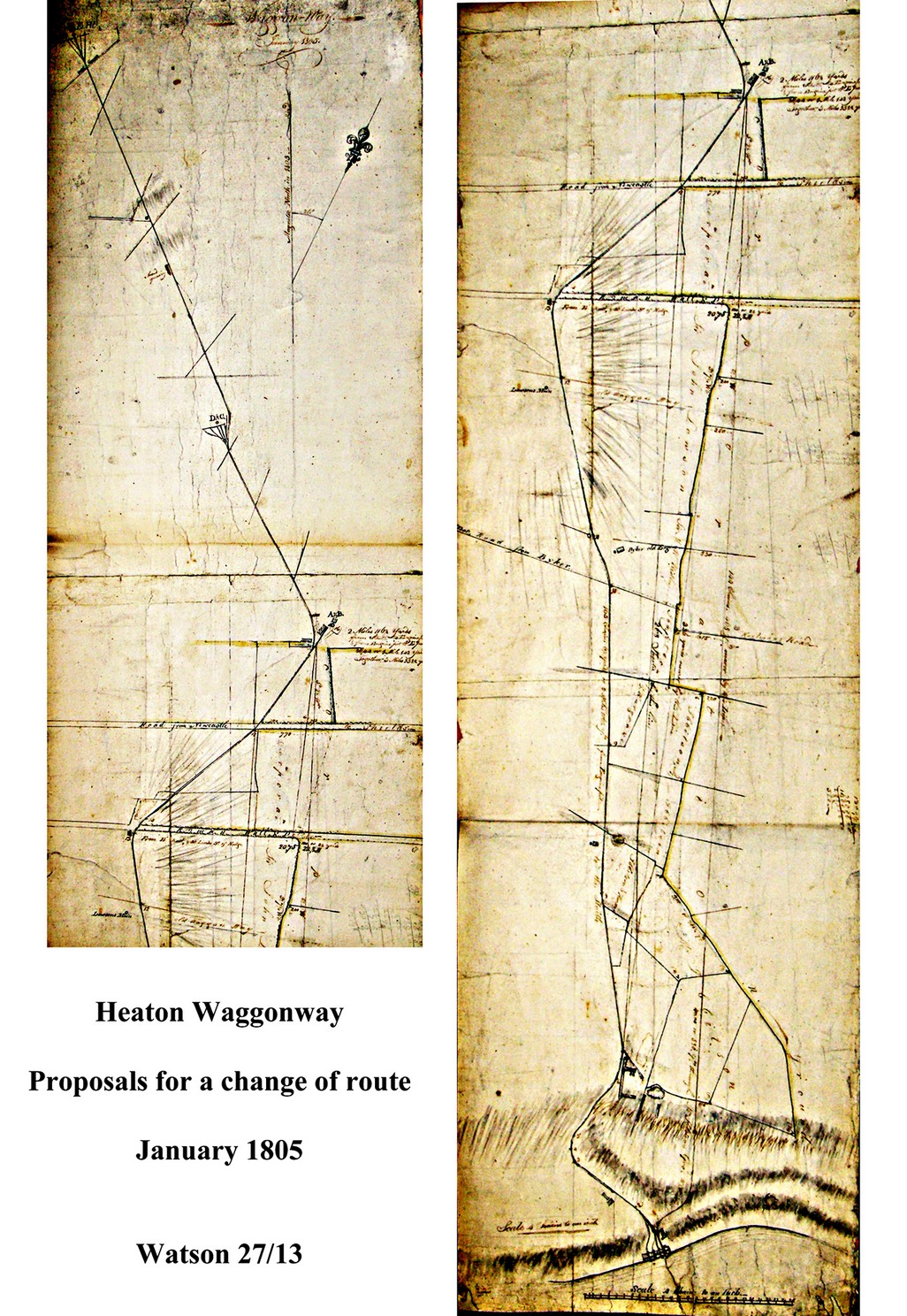 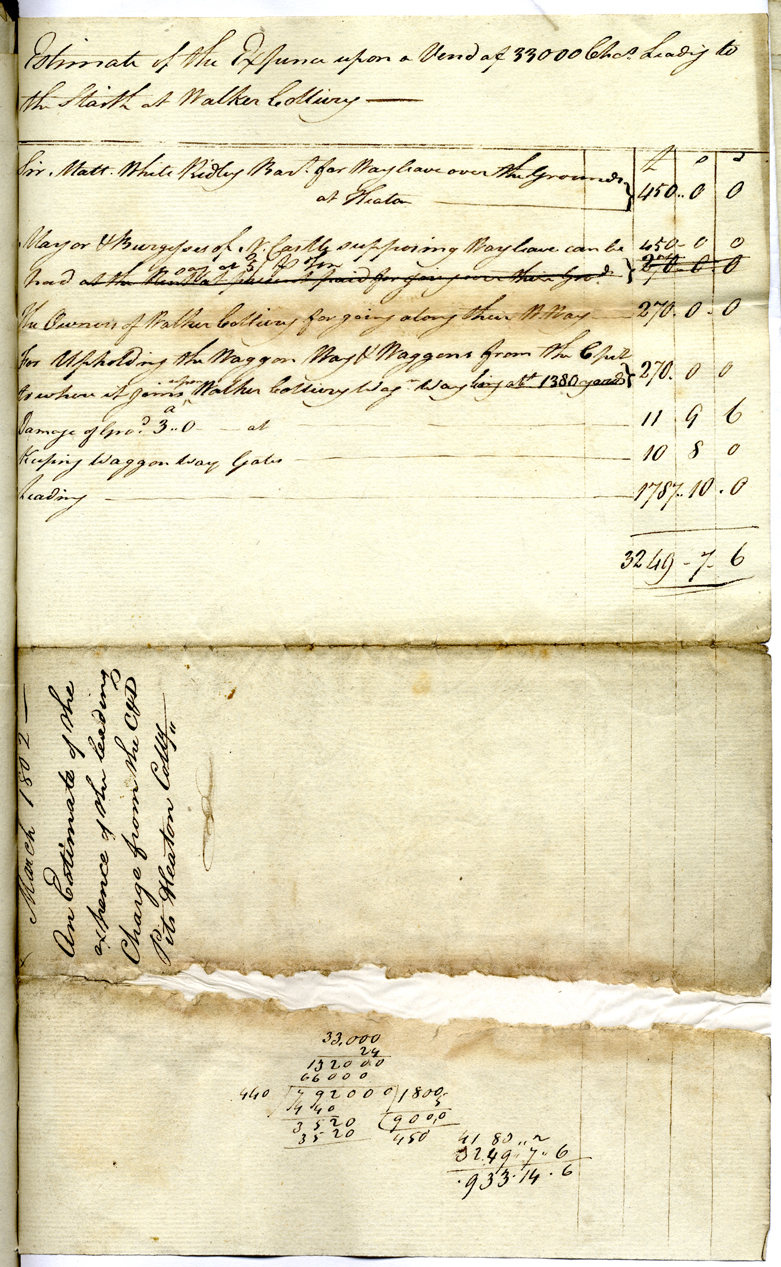 (6) Costs of operating Heaton Waggonway in 1802 (Watson 3/43/26). Shows wayleave costs (missing figure is £270 for Newcastle Corporation), maintenance costs and leading costs. There is also a proposal to alter the route. 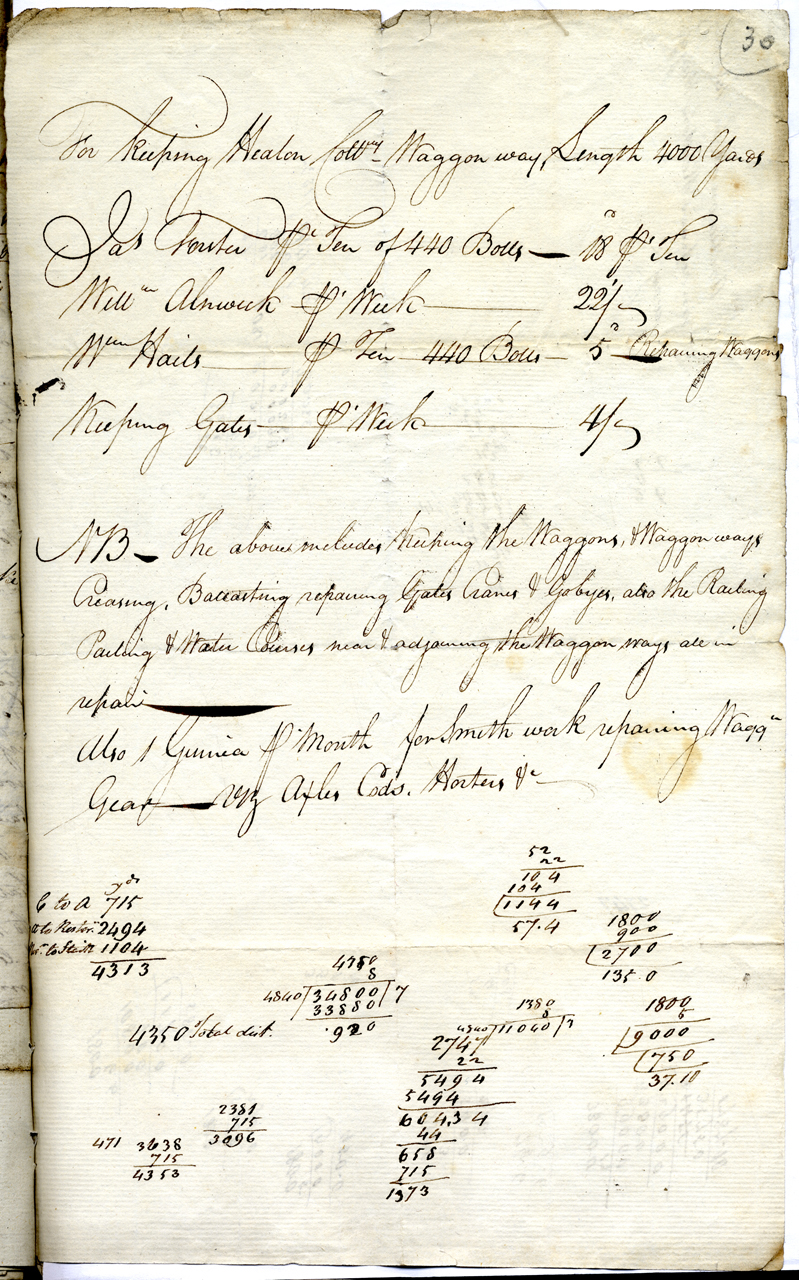 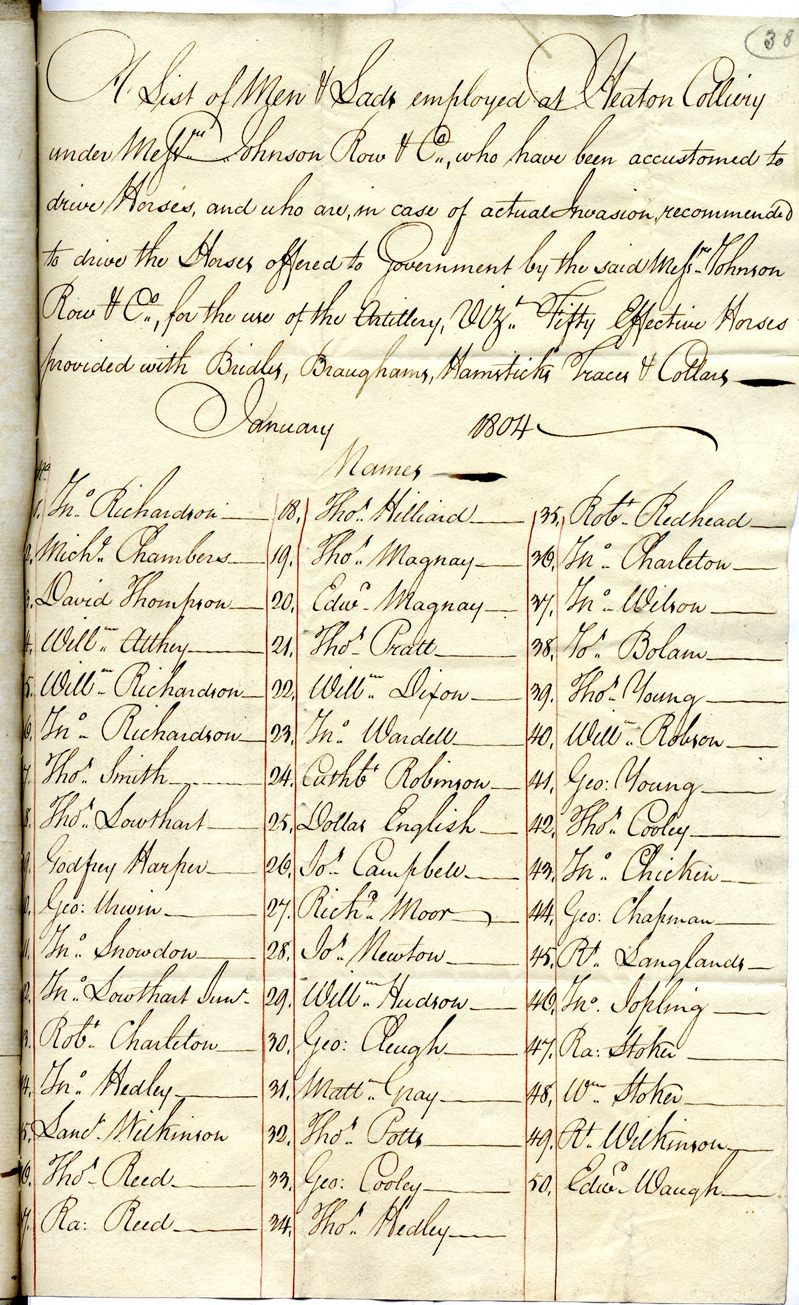 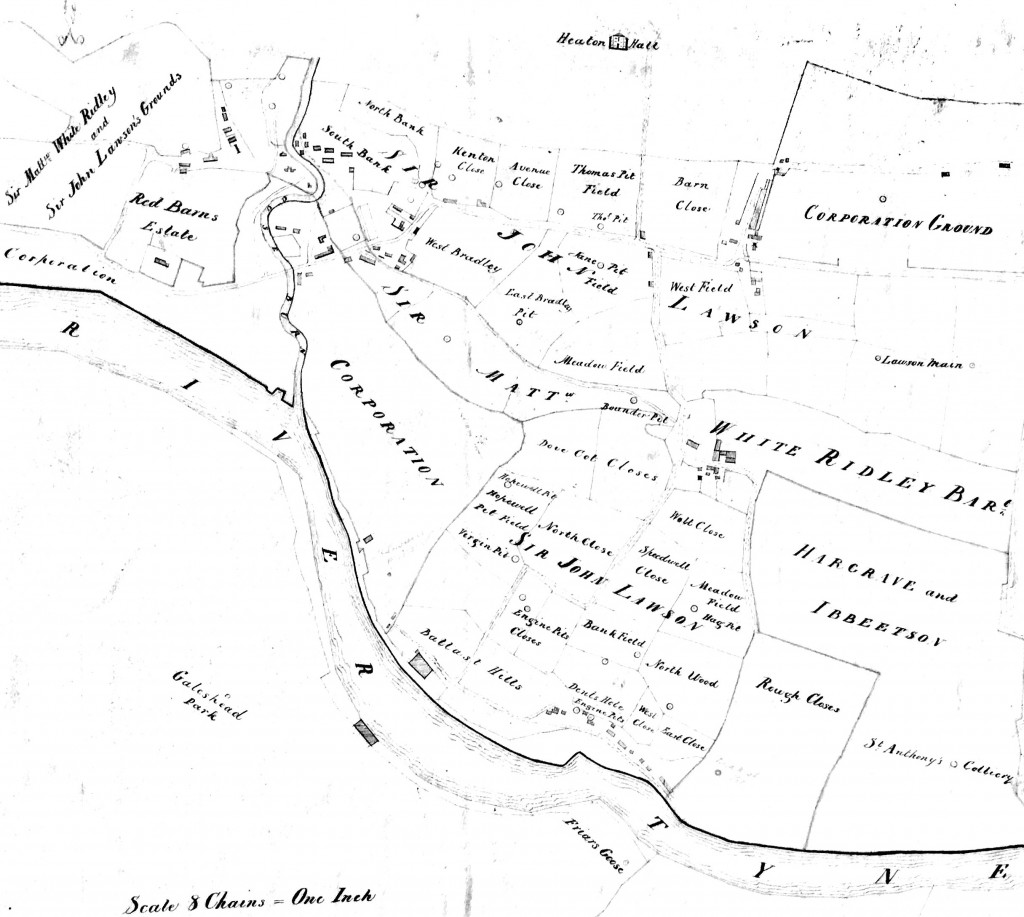 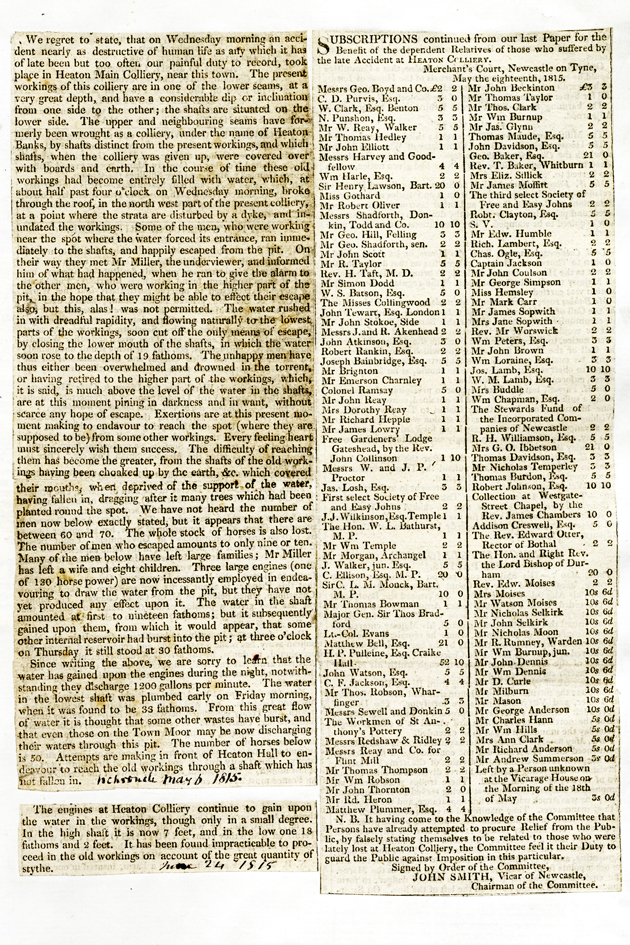 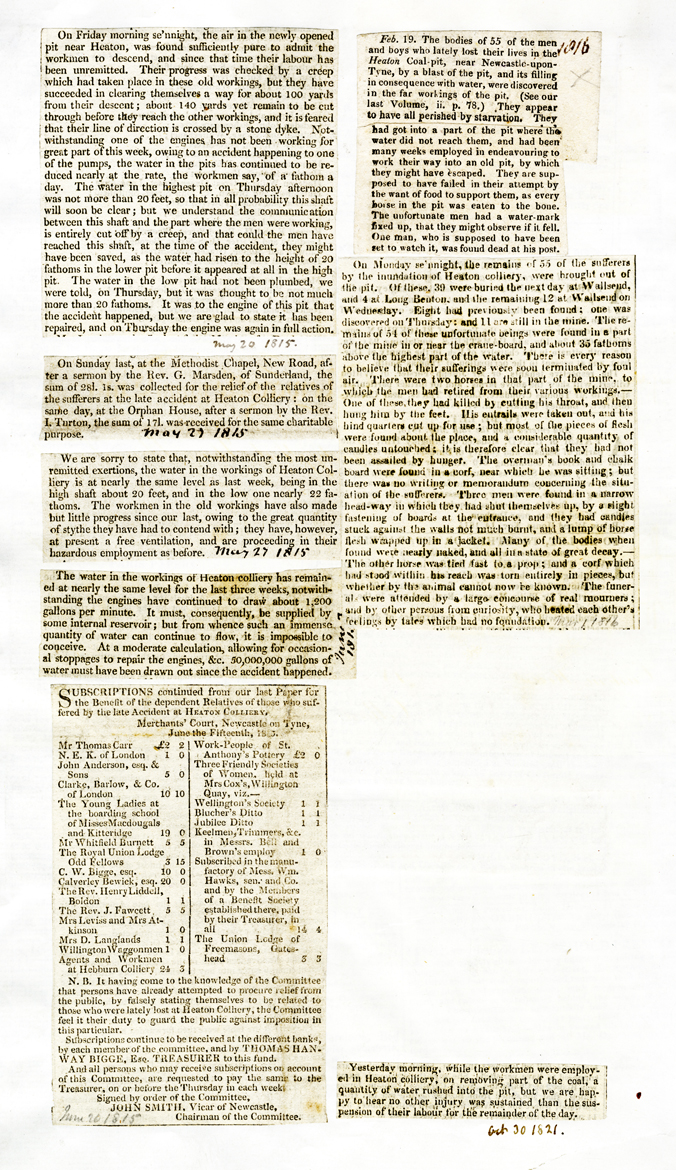 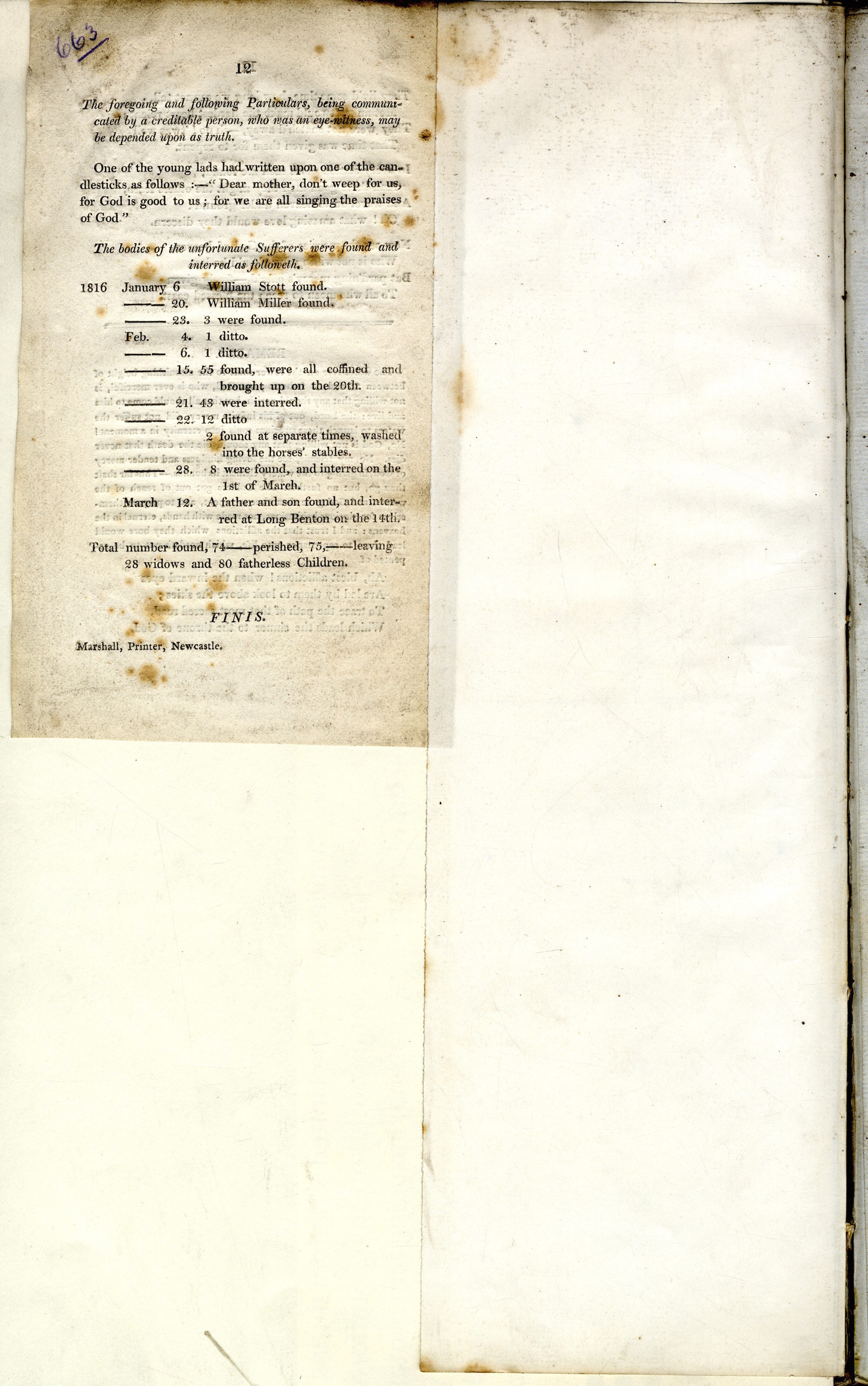 (13) Letter from the Dead to the Living Bell (16/666). This is an account of the accident written in order to raise funds for the victims. It was first published in 1816 but later reprinted – this edition belongs to 1841. It includes an illustration of William Thew’s tin candle box.