In 1840 Parliament set up a Royal Commission of Inquiry into Children’s Employment led by Lord Ashley. The first report concerning the mining industry was produced in May 1842 and led to the Mines Act of 1842 which prohibited the employment of boys under 10 years old and all women underground. The evidence collected provides an invaluable record of the working conditions of children in the early years of Queen Victoria’s reign. The section relating to Heaton Colliery is reproduced in this unit. Other sections are available on line through the website of Durham Mining Museum. It is worth noting that no female labour was employed underground in the Northumberland and Durham Coalfield where conditions were generally much better than those in other coalfields. 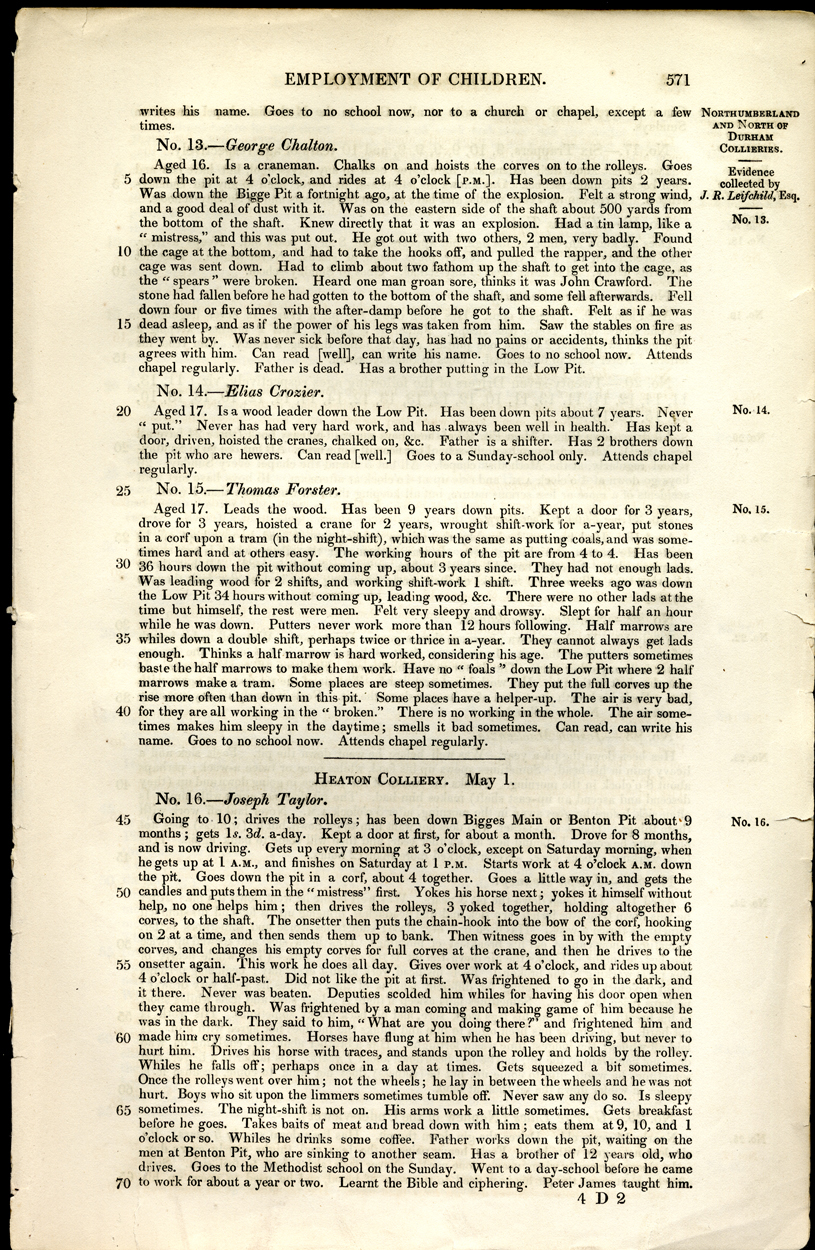 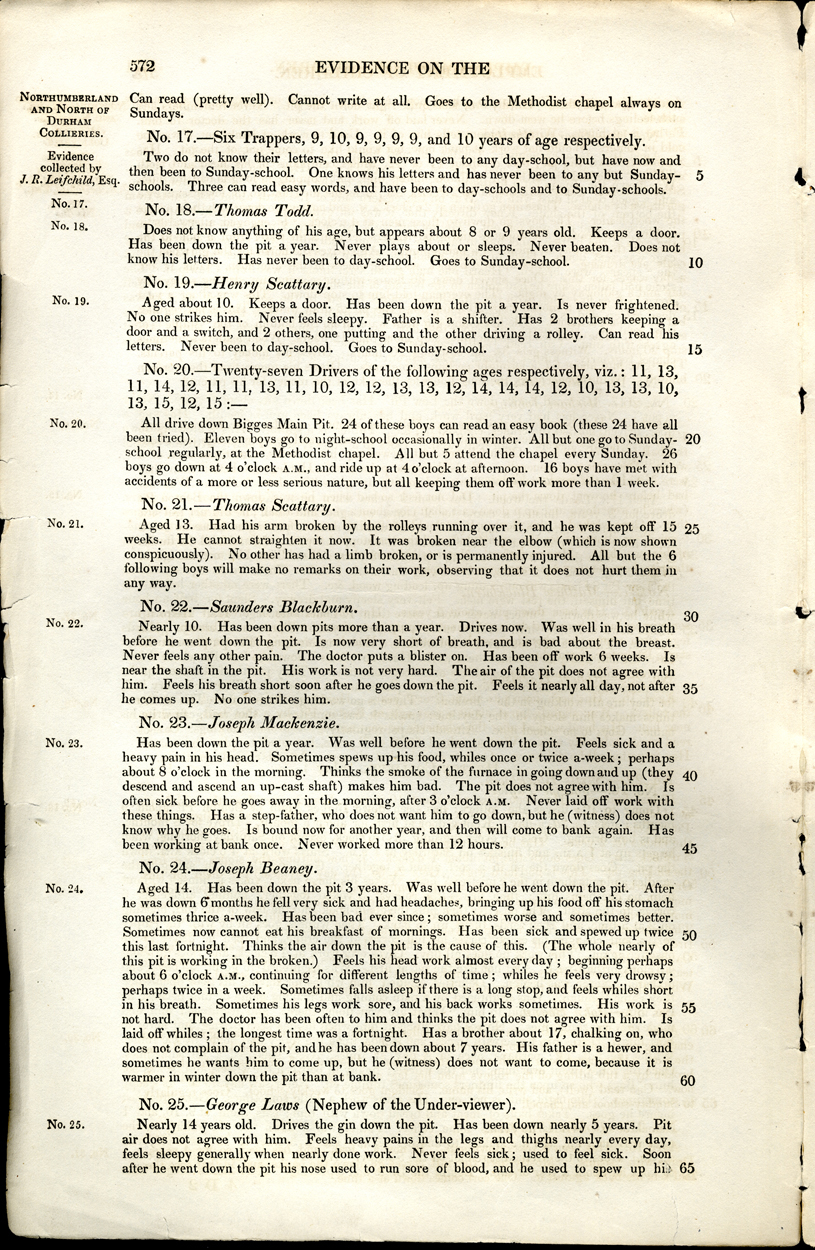 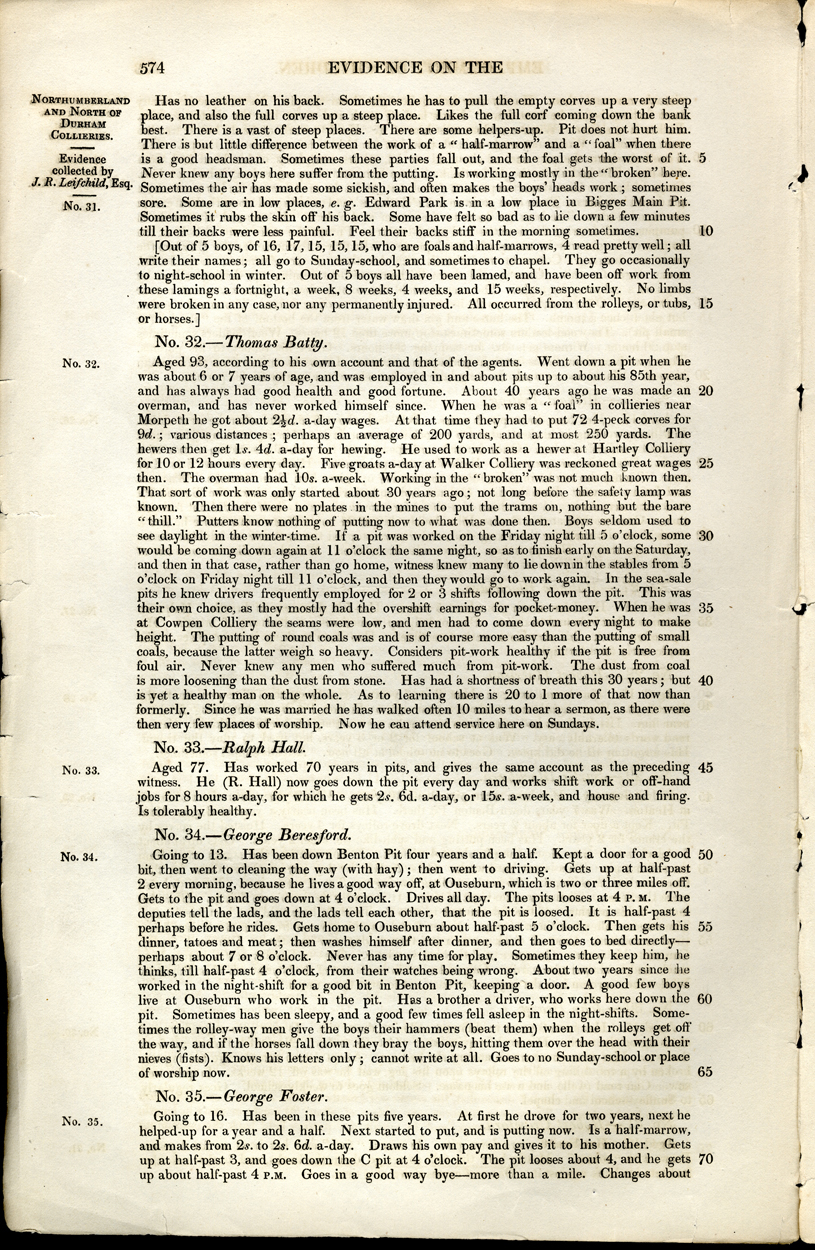 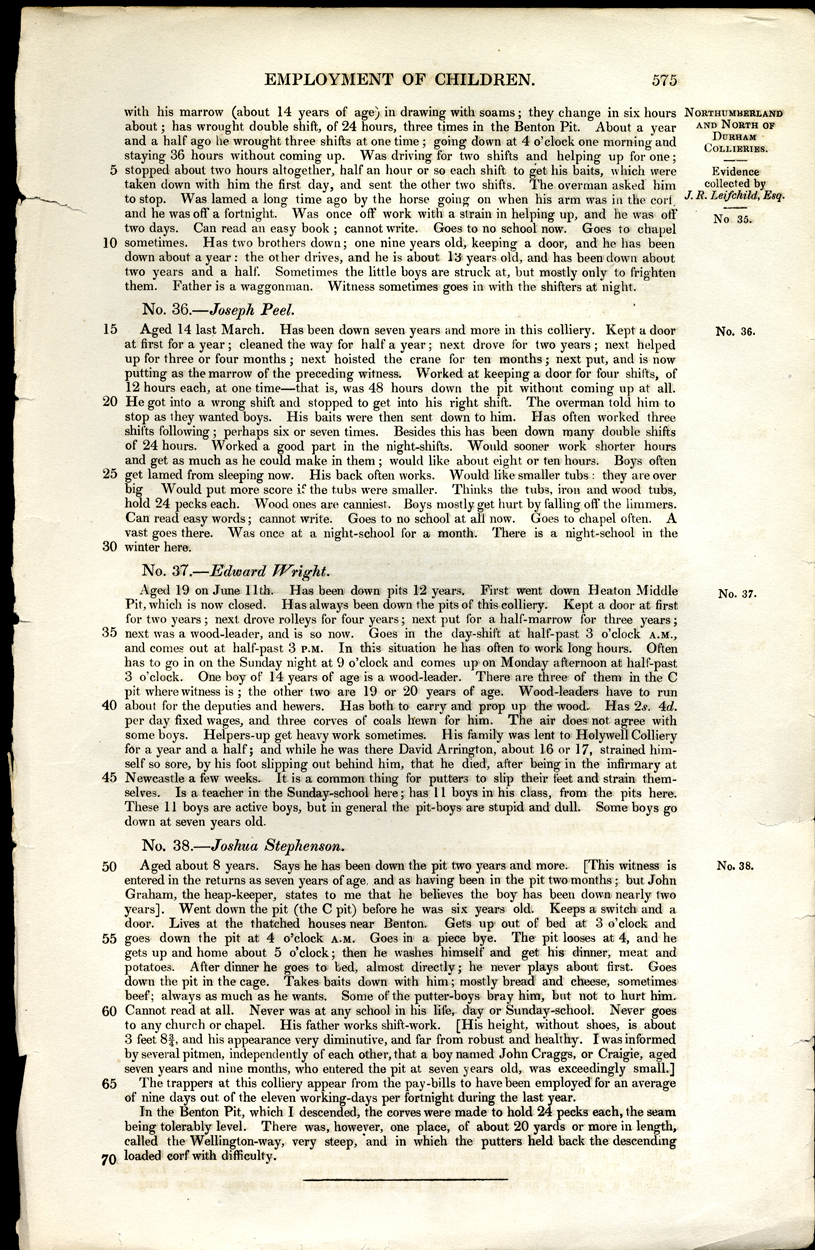