This medal is awarded jointly with the Midlands Institute of Mining Engineers (MIME). 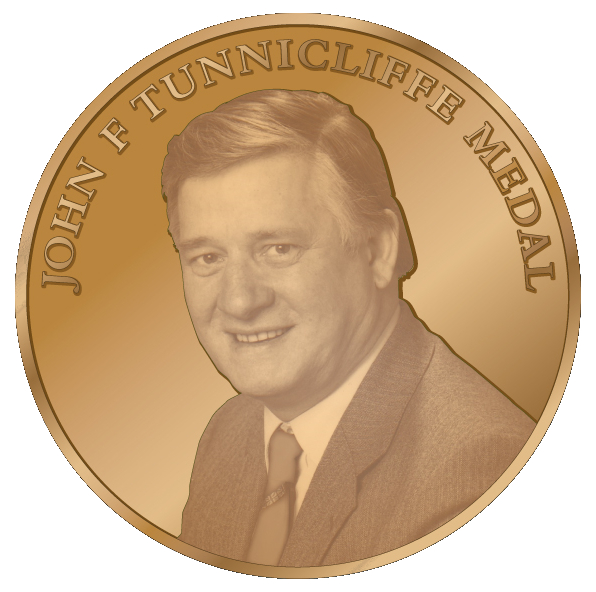 The John F Tunnicliffe Medal is awarded on the basis of work of outstanding quality by a young engineer, as recognised by an employer, HEI or by NEIMME or MIME. All engineers, of any engineering discipline, under the age of 35 and who are members of either MIME or NEIMME are eligible to receive the award. The Medal will normally be awarded annually, with only one medal being jointly awarded by NEIMME-MIME per year.

Entry is open to engineers (in the broadest sense of the word) under the age of 35. Applications from both industry and academia are encouraged. Entrants are expected to be members of NEIMME or MIME which can be arranged as part of the competition entry. Entrants for the award may register their entry by writing to the Hon. Secretary of their respective regional Institute (either NEIMME or MIME – further details below) stating their membership status and talk title. All entrants must be 35 or under at the closing date for entries to the award.

Nominees will then have to present a 20 minutes presentation on their work with an emphasis on the nominee’s independent contribution to any project. This will take place before a joint NEIMME-MIME judging panel, who will decide the final nomination for the award.

Further details on the competition and judging process are included in the Competition Outline.

He has taken a great interest in the development of young engineers both academically and industrially. John chaired the Royal Academy of Engineering Headstart Board from 1995 to 2013 overseeing a five day course for Year 12 or equivalent students who were interested in knowing more about science, engineering and technology. He initiated the JF Tunnicliffe Paper Competition in 1978 to encourage younger more junior members of the MIMinE to become more confident in public speaking and presentations both at work and in the wider environment.

Due to JFT’s outstanding contribution both nationally and locally in institute affairs, his promotion of the mining industry and the development of younger engineers, the Trustees of NEIMME and MIME have established the JF Tunnicliffe Medal to be awarded to young engineers.