Under the Coaly Tyne

Under the Coaly Tyne 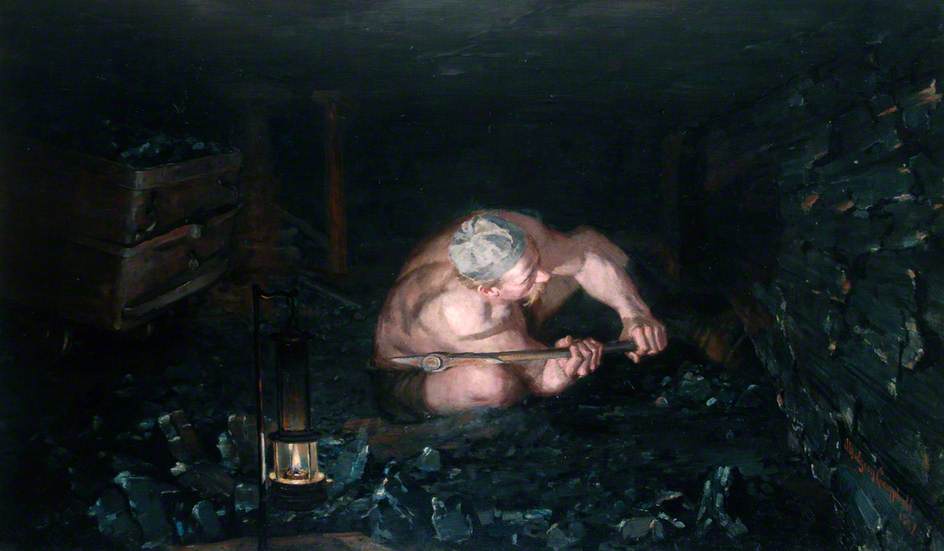 The painting by John Hodgson Campbell (1855 – 1927) is a direct link to NEIMME and the “Mining Engineering and Industrial Exhibition“ of 1887 held on Newcastle Town Moor. NEIMME in proposing the exhibition were the prime movers in this, but like many other enterprises, other bodies and organisations, quickly became involved. Originally planned for 1886 it was decided to delay the event to coincide with Queen Victoria’s Diamond Jubilee of 1887 so in some references to it you will find the word “Royal”. 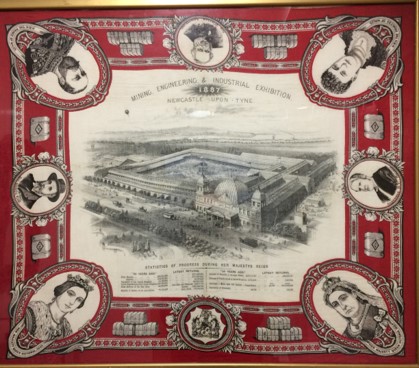 Although NEIMME and mining played a principal part, many other aspects of industry were included together with the arts and sciences. However, on this occasion we are only concerned with the painting. Whether it was commissioned or was just an exhibit I cannot say, but it was purchased by NEIMME for circa £100. The fact that Campbell went down Red Heugh Colliery to observe the actual process of coal getting gives the painting its superb level of reality. Red Heugh Colliery, on the Gateshead side of the river, was opened in 1872 and closed on 28 May 1927. It employed 420 men and boys producing house and steam coal. There were two shafts 16′ and 10’ diameter respectively, both were 570 yards deep to the Brockwell Seam. 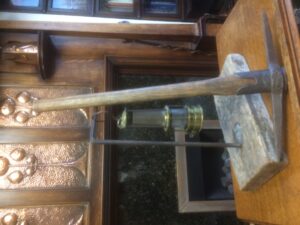 The representation of the hewer is the seminal link, in what I believe to represent the pillars of NEIMME’s founding purpose:- to advance the methods of winning and working of coal; its scientific and engineering advancement but also to have an overriding emphasis on mine safety.

The hewer in his stygian world was the human face of this colossal enterprise being at the very heart of the process and in my view the hewer was the quintessence of mining, being the true engine of the industrial revolution. Of course there were many other factors involved in the process, but without the man, the pick and the coal he produced, no steam engine moved, no iron was produced, no mill wheel turned. All these things and much more are encapsulated within this wonderful painting.

The painting is currently on loan to The Bishop Auckland Mining Art Gallery.