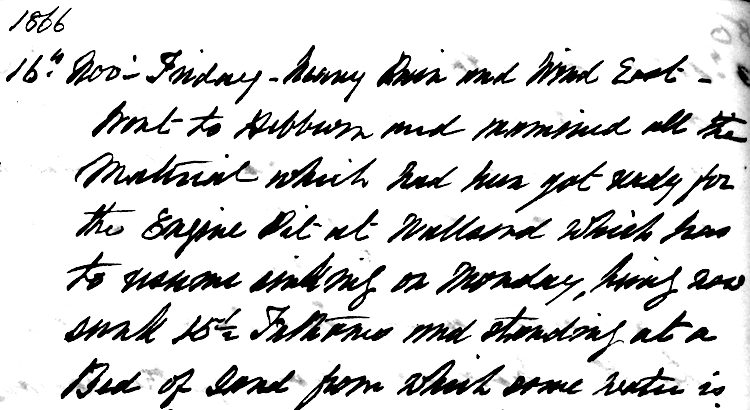 7 colliery journals (Vol 5 missing) containing a daily diary of the business and personal affairs of James Easton as colliery engineer for the Tyne Coal Company 1864 – 1867 and for various collieries and other engineering business in Northumberland, Durham and Yorkshire.

Volume containing reports, accounts, valuations and estimates by George Hill and others, mainly 1797 – 1825 but with occasional earlier reports 1746 – 1792

Matthias Dunn’s History of the Viewers

Volume of papers relating to the coal trade including committee minutes, details of the vend and coal exports and newspaper cuttings, mainly 1786 – 1842 but with earlier statistics 1700 – 1800

Book of copy extracts and cuttings from national and local newspapers, mainly re persons killed or injured in mining accidents but also advertisements of colliery leases and equipment and general colliery matters. The reports relate mainly to Northumberland and Durham. 1826 – 1830.