The North of England Institute of Mining and Mechanical Engineers is hosting an exhibition of coal & limestone carrying model railways in Newcastle upon Tyne on Saturday 17th and Sunday 18th June 2017. The event is organised by the Newcastle Centre of The Stephenson Locomotive Society (SLS). 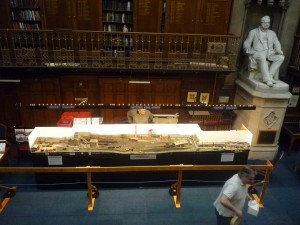 the exhibition was conceived by SLS, Newcastle Centre Chairman, Les Paul and it was a great success much enjoyed by visitors and participants alike last year. This specially themed event will again showcase this unique venue and has double the number of layouts at last year’s show. 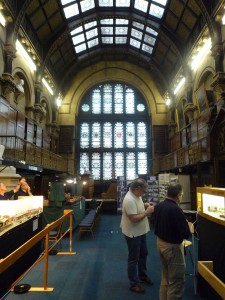 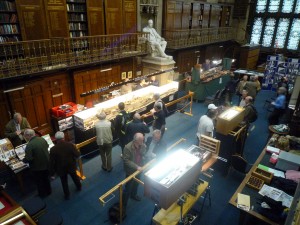 Additional features at the show will be David Fraser’s extensive exhibition on North Eastern Railway High Level Coal Staiths which always attracts much attention and new information to be added to the archive and David Dunn will be dipping into his own photo archive and the huge Armstrong Railway Photographic Trust collection and the pictures will be projected onto the big screen in the lecture theatre.

The venue is the NEIMME, Neville Hall, Westgate Road, Newcastle upon Tyne, NE1 1SE, close to the Central Station and the times are Saturday 10.00am to 5.00pm and Sunday 10.00am to 4.00pm with admission free of charge. Donations towards expenses will be gratefully accepted.  More information on our Facebook Event page.